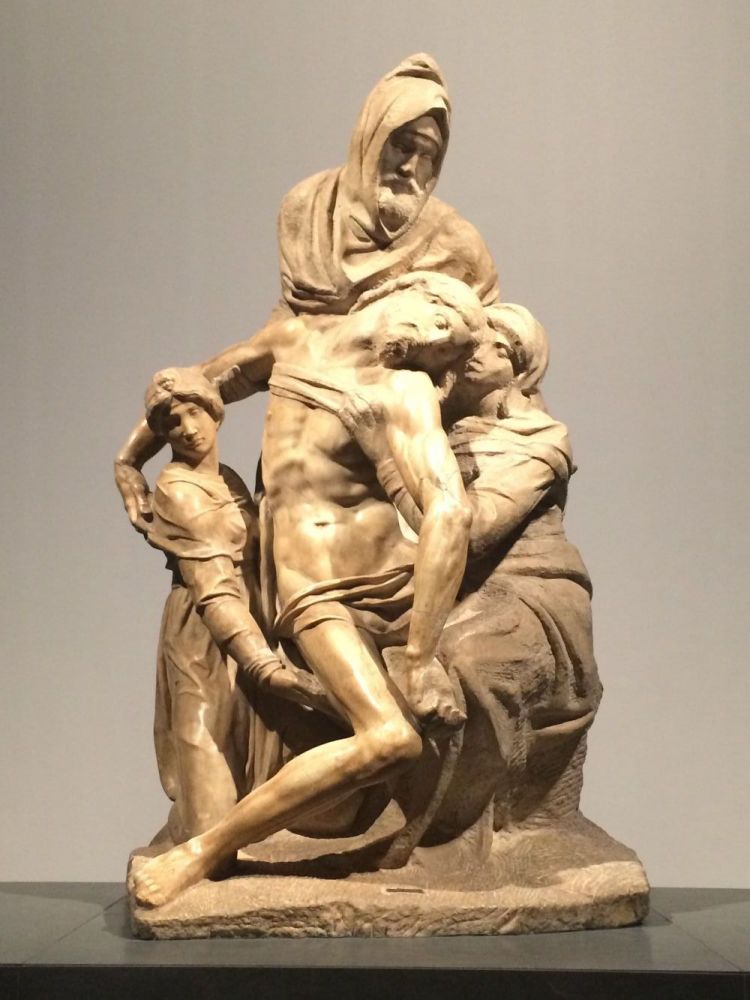 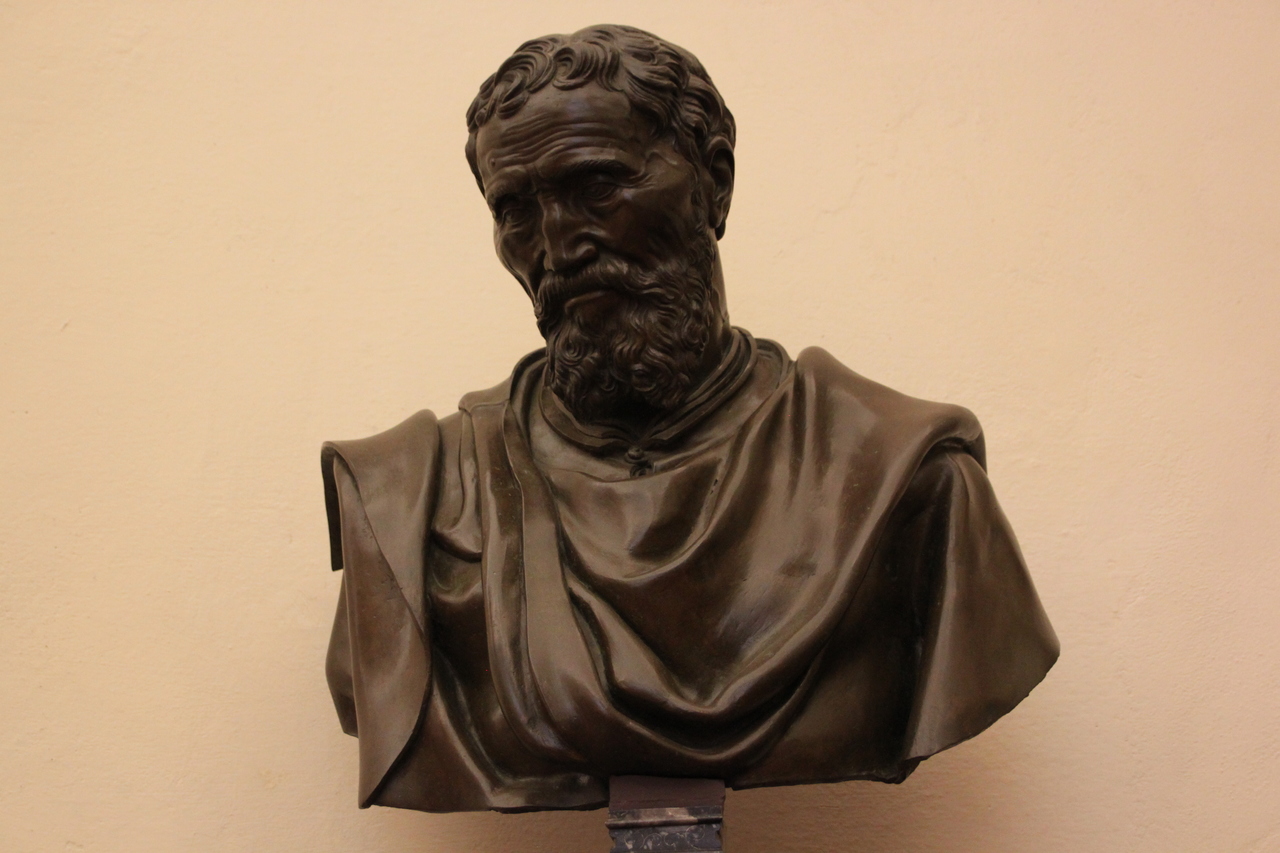 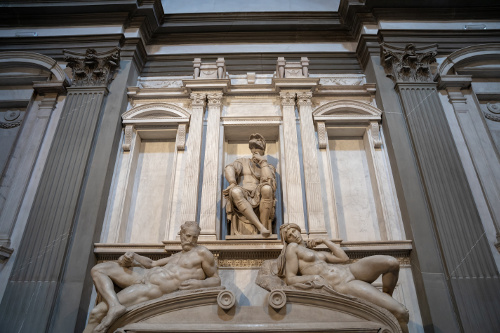 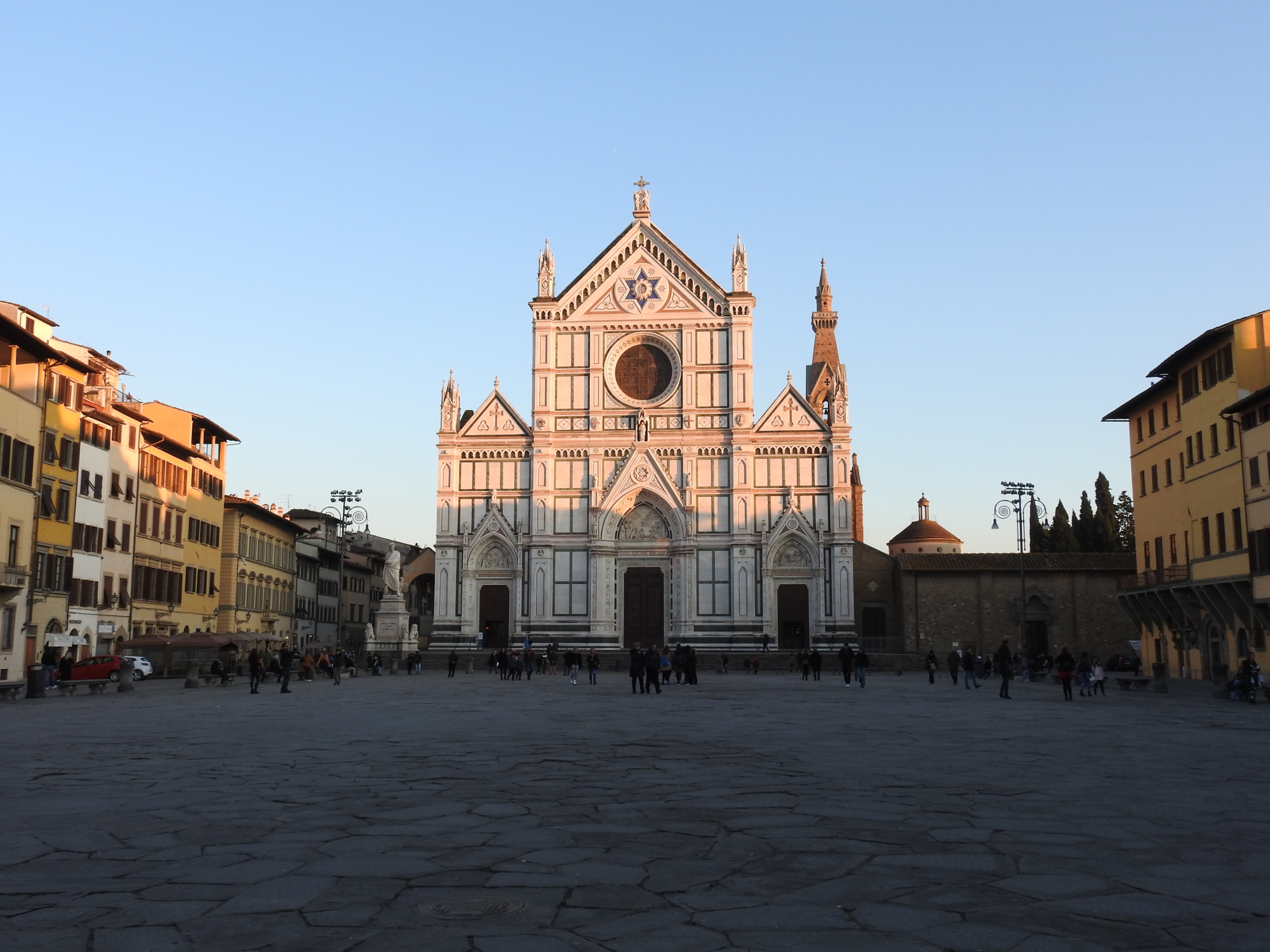 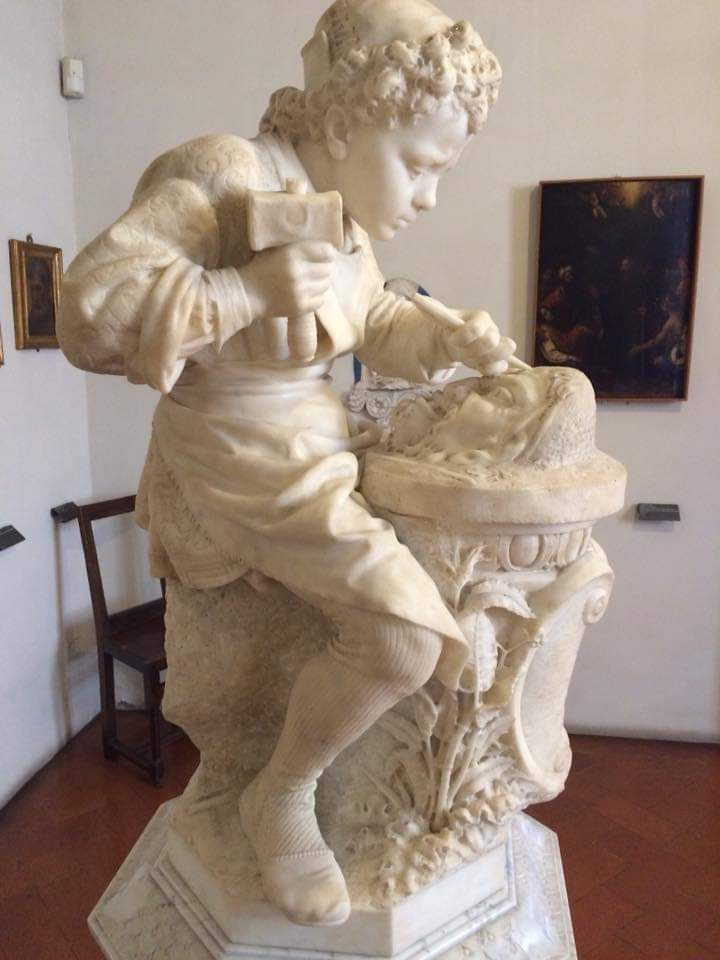 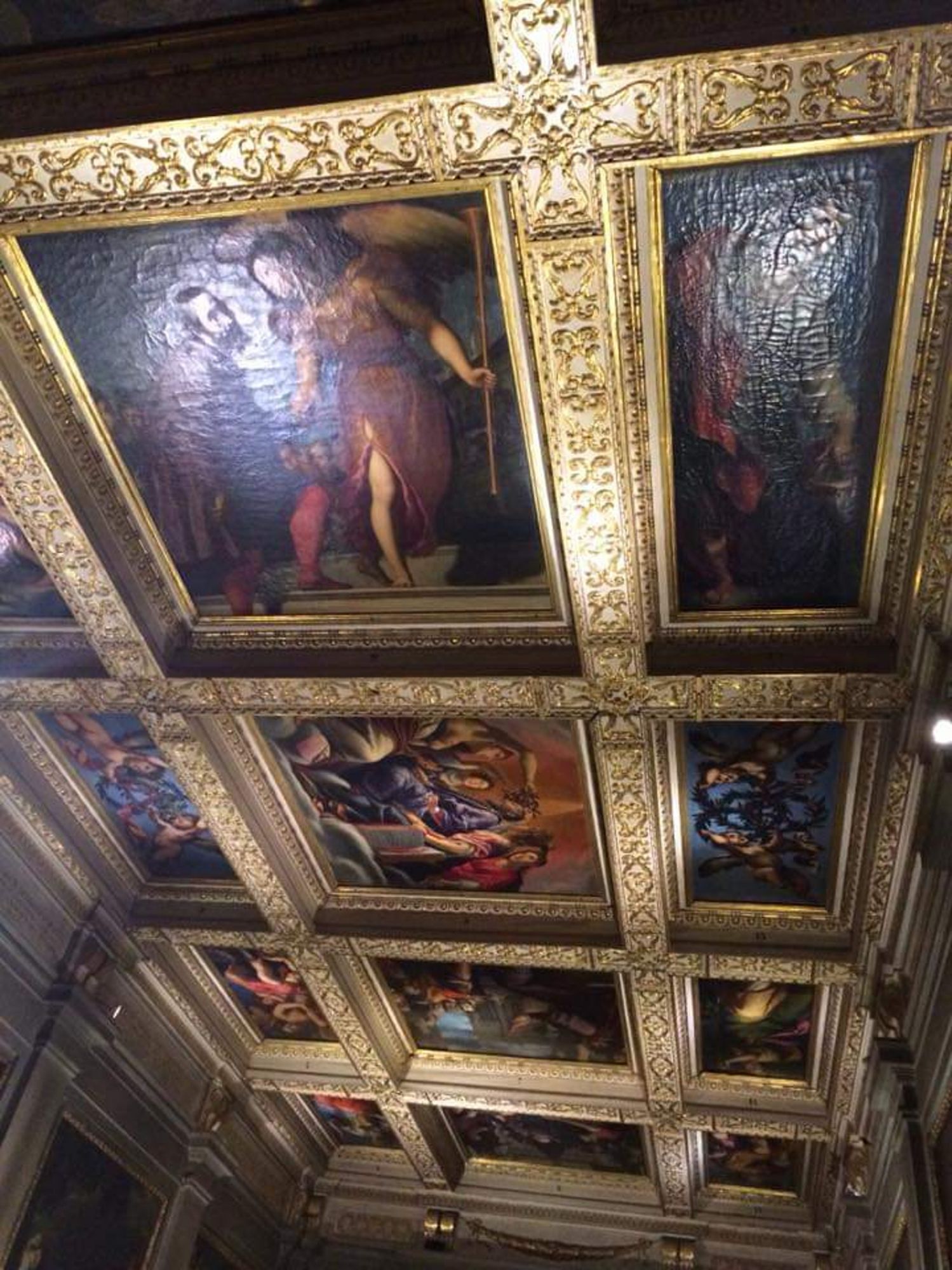 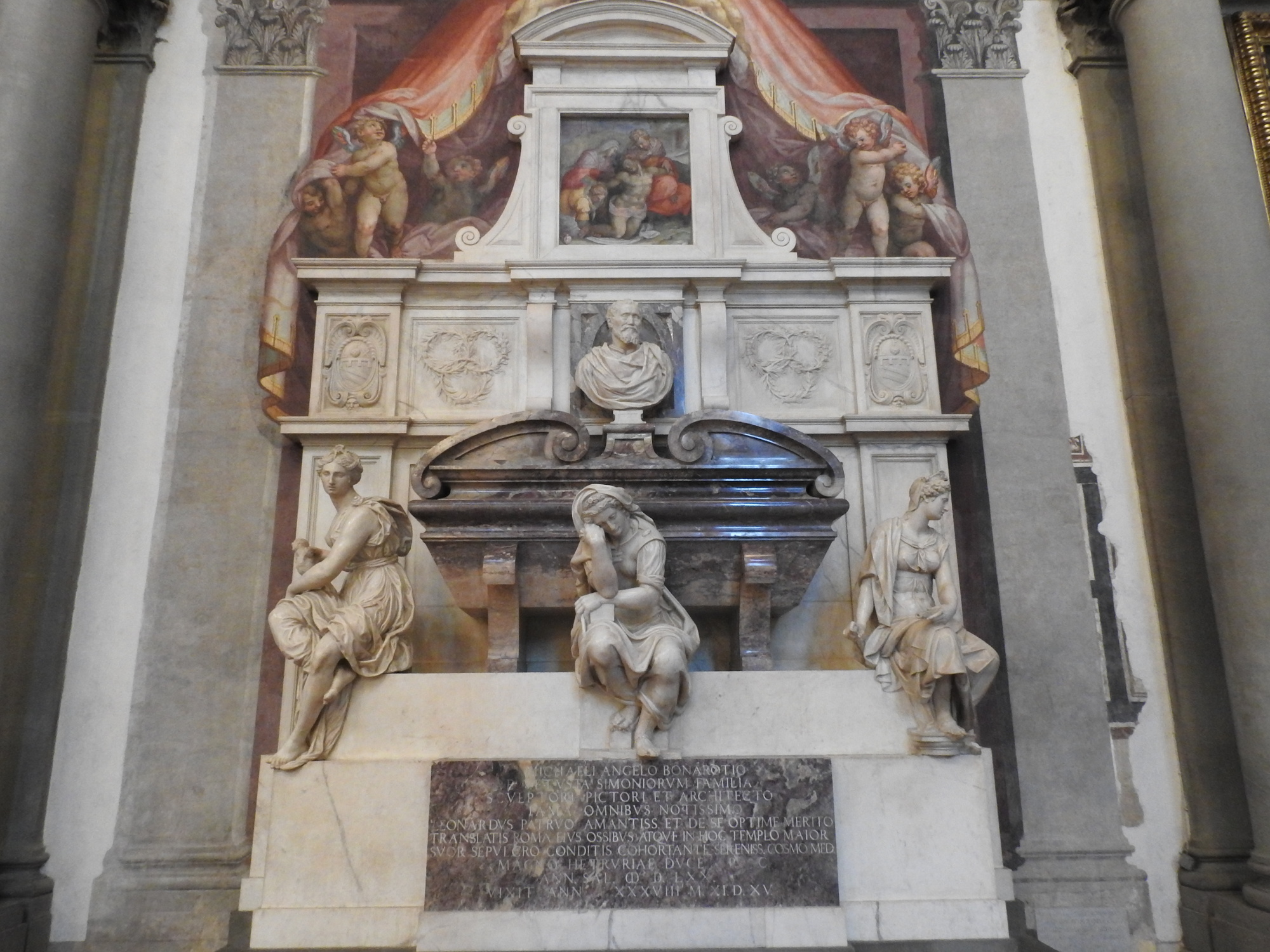 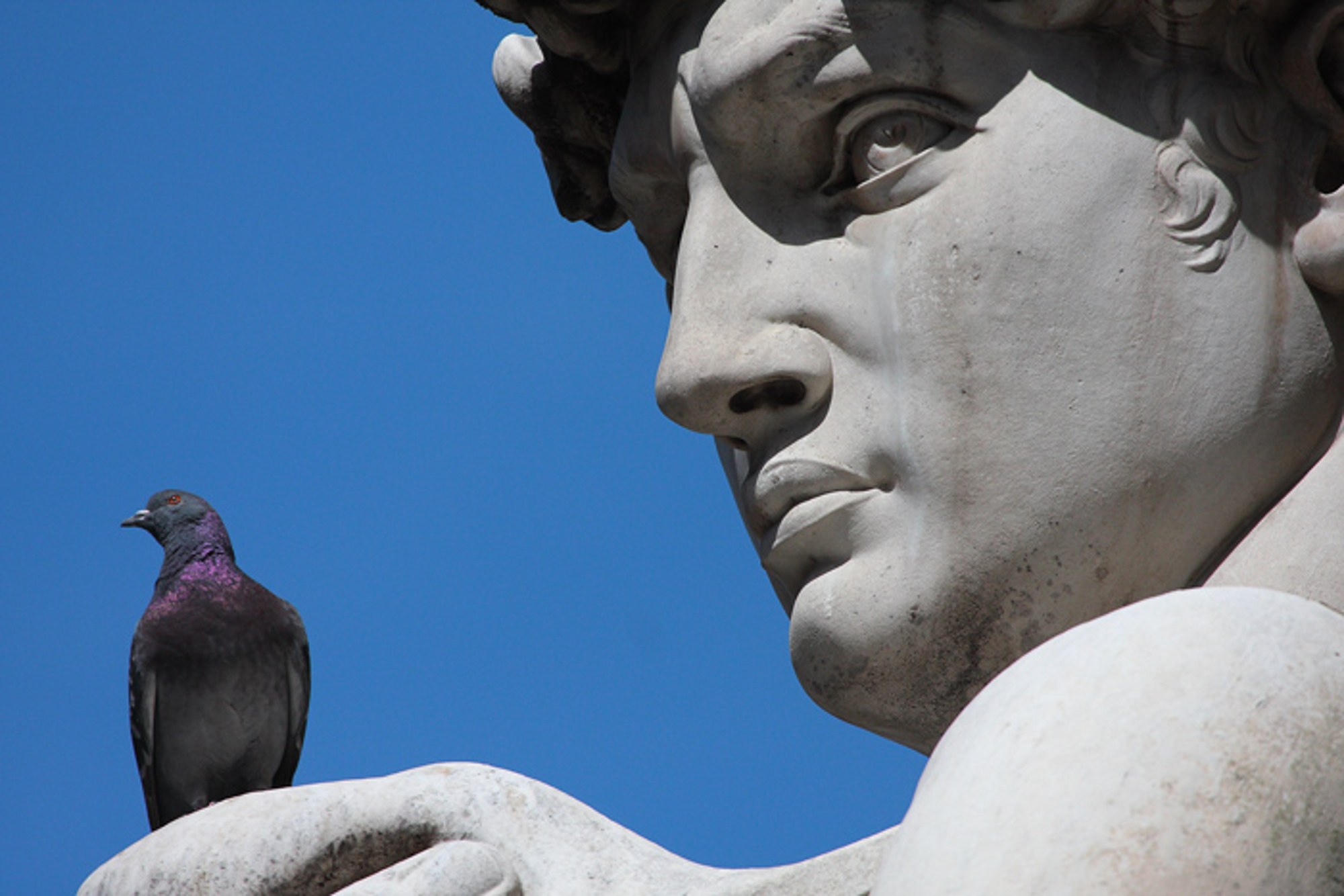 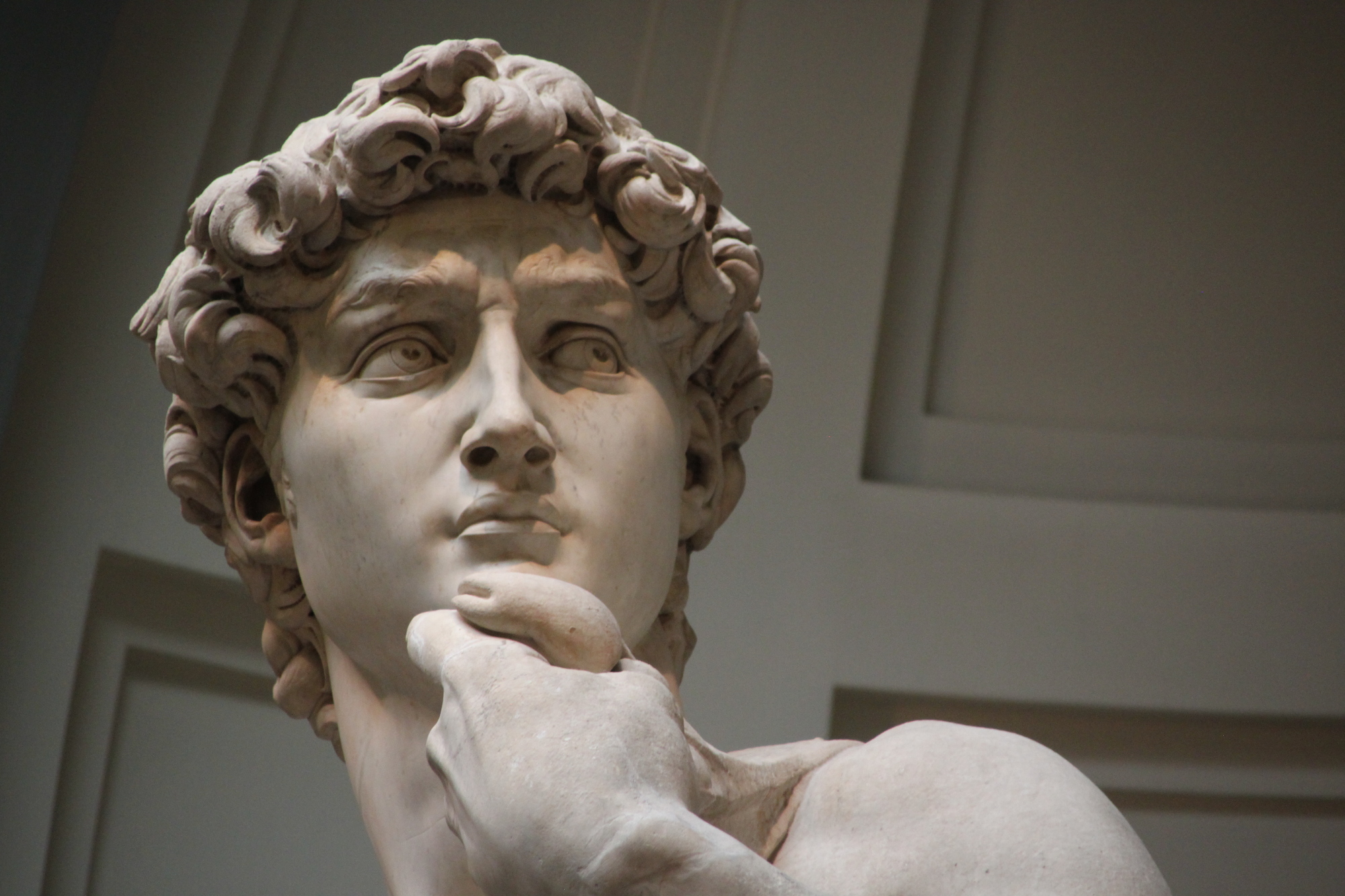 If you are fascinated by the magnificence of Michelangelo’s works and by his extraordinary  personality, you will absolutely love this guided walking tour in the footsteps of Michelangelo. Florence is the right place to see not only David, but also many other works by the grand sculptor and painter whose artworks are spread around the city.

Our Michelangelo guided tour will give you a complete insight into the artist’s life and times.

We will see  the artist’s most representative works that are kept in some of the most remarkable museums of Florence. Starting from the district where he spent his youth and where he was buried, we will visit Casa Buonarroti Museum, Michelangelo’s House Museum, where you will certainly be touched by Michelangelo’s early works, such as The Battle of Centaurs or the Madonna of the Stairs. This amazing museum, far from the touristy crowds, will surprise you! Not far from Michelangelo’s House you will have the chance to see his burial place in Santa Croce Church among the tombs of many other renown Italian personalities. Did you know that Michelangelo’s corpse was sneaked out from a church in Rome so that it could be buried in the city that had seen the start of his career?

Our Michelangelo tour focuses on the works of an artist who left a tremendous legacy of beauty in his creations found throughout Florence.

Our tour will continue to the Bargello Museum, the most important sculpture museum in Italy. This castle-like building was once the headquarters of the police and later the prison of Florence, so it is an extremely fascinating place to visit and home to the famous Bacchus that Michelangelo sculpted when he was 21 only and the bust of Brutus where Michelangelo displayed his political leanings. We will then go on in our tour to the Uffizi Gallery where you will have the chance to see the only painting on wood that Michelangelo completed, the Tondo Doni or Holy Family. He did not like painting very much (imagine if he had liked it!),  he saw himself as a sculptor and considered sculpting as a superior form of art. Despite that, his Tondo Doni is one of the cornerstones of world art!

Michelangelo’s talent was discovered by Lorenzo De’Medici, lord of the city and patron of  many artists, philosophers and poets.

Years later, Michelangelo paid homage to his patron by designing and sculpting Lorenzo’s tomb together with the one of his brothers Giuliano and two more important members of the Medici family. The New Sacristy in the Medici Chapels saw Michelangelo at work as an architect and as a sculptor as well. He designed a unique place where architecture and sculpture blend together as a whole form of art witnessing the grandeur of the Medici family destined to live forever. During our Michelangelo tour, we will walk by the Medici Palace where Michelangelo spent a lot of time in his youth, before starting working at his major Florentine work, the David. The most successful statue by Michelangelo is kept in the Accademia Gallery of Florence, a few minutes walking from the Duomo. Our guided tour provides express entrance to the museum in order to maximize your time and better enjoy this extraordinarily beautiful marble giant. You will be surprised to know how long it took Michelangelo to make it and we will share more about his sculpting technique thanks to other statues displayed in the museum, the so called Prigioni or Prisoners.

The tour in the footsteps of Michelangelo is a private guided tour suitable for adults and kids.

It can be adjusted according to the time at your disposal and to your needs. Your guide will help you choose between a half day or a full day, selecting the best museums for you! If you have already seen David and the Uffizi, you can choose to visit Michelangelo’s House, Santa Croce Church where he is buried, the Bargello Museum or the Medicis’c  Chapels. Michelangelo will always astonish you!

FROM 3 TO 6 HOURS DEPENDING ON THE ITINERARY

WHAT YOU WILL SEE:

Michelangelo Buonarroti’s House, the Medici family Chapels, the Bargello Museum, the Academy  Gallery, Michelangelo’s tomb in Santa Croce Square (a selection of your choice can be made)

Off the beaten track